Collecting the Imagination:The First Fifty Years of the Ransom Center

When Harry Ransom founded the Humanities Research Center at the University of Texas at Austin in 1957, he was determined to fashion a world-class research archive that he hoped would serve as “a working library, not a museum.” Five decades later the institution, since renamed the Harry Ransom Center, has earned renown as just that.

The center, in the news lately as the repository for Bob Woodward’s and Carl Bernstein’s Watergate notes and papers, houses an academic and artistic collection of stunning scope. It includes 36 million leaves of manuscripts, 1 million rare books, 5 million photographs, and 100,000 works of art, all available to scholars and the public.

To mark its 50th anniversary, the center has published Collecting the Imagination, a beautifully illustrated and clearly written account of its history. A series of exhibitions this year will draw from the center’s extensive collections. The first, “The American Twenties,” runs through July. It showcases rare books and manuscripts, art objects, posters, and photographs, including images of blues and jazz legends Bessie Smith and Duke Ellington. Also on display is a pencil sketch drawn by British author-painter D.H. Lawrence as a cover design for his 1923 book, Studies in Classic American Literature. The single sheet of paper features such famous literary symbols as a letter A, a whale, a house with seven gables, and an amontillado wine cask. Even this single, tip-of-the-iceberg treasure suggests the literary, historical, and iconographic richness of the Ransom Center’s unique acquisitions. In its prelude, Collecting the Imagination reprints Ransom’s 1956 speech to the Philosophical Society of Texas. It summarized his proposal to create “a research center to be the BibliothÃ¨que Nationale of the only state that started out as an independent nation.” Ransom argued that Texas had the economic wherewithal and social responsibility to amass a collection of knowledge that would allow its users “to see a little past the borders of their own experience.” The great centers “for the collection of knowledge in London, Paris, Dublin, and Edinburgh were begun on an almost pitiable fraction of what this state could spend,” Ransom said. Texas could easily spare the money, but could ill afford “the waste or the loss of Texas minds,” he said. “All this is venture capital placed upon the sound business proposition that Texas has an intellectual future.”

Until the center was established, the university’s Rare Book Collection consisted of a few important archives representing mostly the 18th and 19th centuries. Modern materials were readily available, but had been largely ignored by other institutions, so Ransom began his massive collecting efforts in the field of 20th-century manuscripts, books, and literary iconography. The English press became incensed that Texas was “gobbling up” England’s literary patrimony, but some English book people recognized that while England was judging works worthy of preservation only after authors died, Ransom thought living authors were also worth studying. “Only the University of Texas has had the will and the means and the erudition to raise this memorial to the writers of our time,” British critic Cyril Connolly would write of the Ransom Center.

Ransom’s revolutionary practice was to purchase complete archives so scholars and researchers could observe the entire creative process. This approach to “collecting the imagination” placed a premium on preliminary notes, manuscripts, and corrected galleys. A prime example is the center’s hand-revised copy of James Joyce’s page proofs for Ulysses, considered by some the greatest novel of the 20th century. The center’s theater collections contain the archives of such American dramatists as Arthur Miller and Tennessee Williams, and such postwar writers as Tom Stoppard, David Hare, John Osborne, and Arnold Wesker. 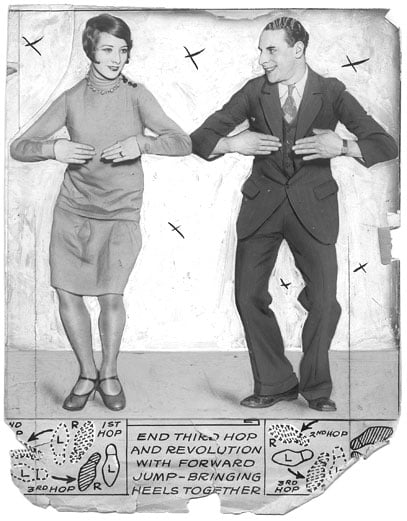 Though Norman Mailer called it “the greatest collection of literary archives to be found in America,” the center for decades had limited exhibition space. Neither the center’s display cases in the undergraduate library nor its publications like The Library Chronicle could capture the immensity of the priceless archives. In 1995, the center opened a public reading room with natural lighting, an auditorium, and a spacious exhibition area complete with state-of-the-art housing for two of its most prestigious artifacts: the only copy of the Gutenberg Bible between the two coasts and the world’s first photograph from nature, taken in 1826 by NicÃ©phore NiÃ©pce, part of the center’s extensive Gernsheim Photography Collection.

One of the most popular archives is the David O. Selznick motion picture collection, purchased in 1981. For the university’s centennial in 1983, the center exhibited the famous gown used in Selznick’s Gone With the Wind, fashioned by Scarlett O’Hara from green curtains. The Pforzheimer Collection, coveted for years by Ransom, came to Austin in 1986 and enabled the center to take “a quantum leap forward in early printed books.” The collection would lay the “‘foundation of English literary classics for the center’s great edifice of modern literature” and has been “in constant use since its arrival,” the book notes.

In an essay closing the book, editor Megan Barnard writes that the center’s “first-rate conservation practices, its renowned holdings, and its commitment to public access have helped it draw major collections like the Watergate papers from individuals who want their materials not only properly cared for but also given life through scholarly use.”

Dave Oliphant is a poet and writer in Austin.