The ICEy Road to Deportation 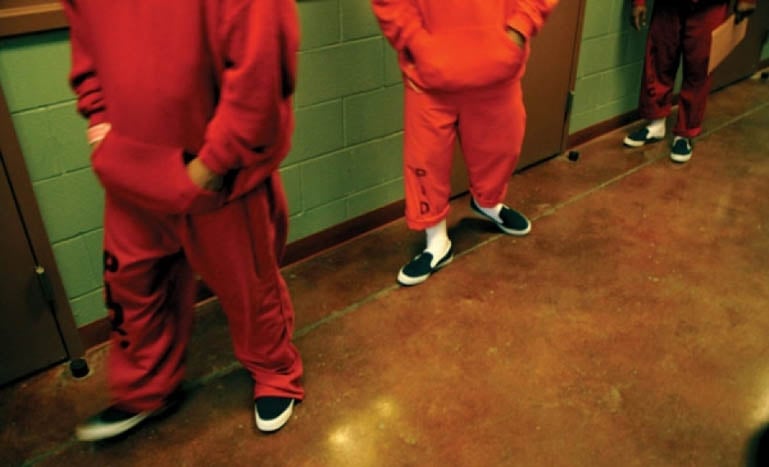 Bring us your legal residents, your mentally disabled and legally unrepresented and Texas will deport ‘em no questions asked.

The Washington Post reported this weekend that the Immigration and Customs Enforcement agency is putting heat on its agents to deport more immigrants – the goal apparently is 400,000 warm bodies for 2010.  At least 29 percent of those immigrants will land in Texas. Luckily, for rural counties these unfortunates will be counted by the U.S. Census Bureau before they get booted. Yo cuento even in handcuffs!

In its zeal to deport, deport, deport, ICE is kicking people out of the country who have credible claims to U.S. citizenship.  It doesn’t matter whether they are mentally disabled, legal residents or dying from a chronic illness. A study, released today by Texas Appleseed, a nonprofit law center, and Akin Gump, a private law firm, details how the mentally disabled, many of whom are legal residents, are being held in Texas detention centers without medication or treatment and far away from their families.

Many of the immigrants being sent to Texas come from New York and other northeastern states where there is a shortage of detention space. In our last issue, I wrote about the experience of  Rama Carty, a legal resident from Massachusetts, who was locked up for 20 months in ICE detention before the U.S government released him.

One example from the Texas Appleseed study cited by the New York Times today “was a 50-year-old legal permanent resident with schizophrenia who had lived in New York City since 1974. In November, a New York criminal court declared him incompetent to stand trial on a trespassing charge and ordered him to serve 90 days in a mental institution. Instead, he was transferred to the Willacy County Regional Detention Facility in South Texas, to face a deportation proceeding without counsel — so abruptly, the report said, that his family and lawyer did not know what had happened.

At the detention center, he received no medication for weeks, and in March, he was deported to the Dominican Republic.”

In my many conversations with people being held in Texas’ immigrant detention centers, i.e. jails, if you’re not already mentally ill by the time you reach Texas these ICE jails will make you nuts. They’ll keep you locked up for months, you won’t have any access to legal counsel, you’ll be transferred to multiple facilities and probably the information in your case file will be incorrect. What do you mean you weren’t born in Trinidad? Well, you are now!

Jamming more people into an already bursting and poorly run immigrant detention system is nothing but a recipe for disaster. A disaster that will afflict those who are least capable of fighting back.