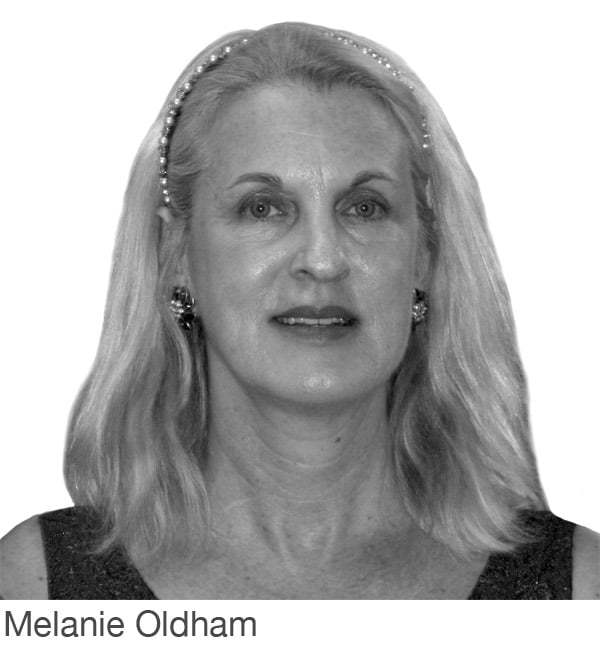 Three months ago, Melanie Oldham moved from Angleton to a tiny old home in downtown Freeport, a southeast Texas town that lies in the shadows of petrochemical plants. She began filling a spare room with posters, photos, newspaper clippings, reports and books about one of the town’s most notorious polluters, Gulf Chemical & Metallurgical Corporation—a reading room for the community. Her home’s proximity to the company, and to other plants like Dow Chemical’s massive campus, also allows her to claim legal status in challenging the plant’s permits.

Not that many years ago, Oldham enjoyed a life of relative luxury. She was married to a Dow chemical engineer and lived in a spacious home. Now she works as a physical therapist, making enough money to support her real passion: trying to force Freeport’s chemical companies and refineries to clean up.

In 2006 she created Citizens for Clean Air & Clean Water in Brazoria County, and has spent the years since educating the community on the links between industrial pollution and public health.

Working with a handful of locals, she has made Gulf Chemical her main target, a company so brazen in its disregard for environmental laws and the surrounding community that even the Texas Commission on Environmental Quality has cracked down on it. In 2010, Gulf pleaded guilty to 11 felony counts of illegally discharging toxic wastewater into the Brazos River. The plant’s pollution-control devices, inspectors found, were literally held together with duct tape (see “Heavy Metal,” August 2012).

Oldham and others in the community have pressured local and state officials to take action, and the company has promised to install scrubbers and real-time pollution monitors on its stacks by the end of the year.

But sustaining a campaign against the industry has proven difficult. Freeport is poor, and the companies are powerful and sophisticated. “One of the biggest issues is how to educate the community and the public on the issues; we can’t get things in the newspaper that much,” Oldham says. “The companies have great PR people and they pretty much control the media down here, so it’s very hard to educate people about both sides of the issue and let people know that there can be a balance between having jobs, but also having a quality of life.”

In a town where the companies causing the pollution employ much of the population, Oldham says, many residents are afraid of losing their jobs or being viewed as anti-industry. Although one Citizens for Clean Air meeting about Gulf Chemical drew 200 people, Oldham says the organization has only about 20 consistently active members.

A native of Missouri, Oldham moved to Texas with her then-husband 30 years ago. She lived in Angleton, about 20 miles from Freeport, until recently, when she decided she wanted to better understand what the people of Freeport were experiencing, and solidify her role in the fight against the companies polluting the area.

She travels to Austin to testify before legislators about public-health and environmental issues that affect citizens beyond the borders of Brazoria County. In Freeport, she often talks to the city manager, with whom she has discussed the idea of creating a community enhancement fund the city and industry could both contribute to. Oldham says the fund could help establish a health clinic in Freeport, or an alert program similar to Houston’s ozone alert system, which would inform residents when high concentrations of certain chemicals are released into the air.

Oldham says she’d also like to open discussions with leaders of Freeport’s petrochemical companies to lessen pollution. Dow Chemical has proven especially elusive, she says. In 2010, the company had the highest on-site releases of dioxin and dioxin-like compounds in Texas, and the fourth highest in the nation.

But the key to change in an industry town lies in education, Oldham says. She and her small group of activists will continue to inform the community about the dangers posed by pollutants, and do what they can to stop local industries from emitting them.

“Until people understand what’s going on, there’s going to be a relatively small amount of people speaking up and trying to change things.”