Residents and the ACLU team up to abolish drug task forces

he Columbus Village apartment complex in Hearne, Texas, has become a national focus in the War on Drugs. Five years ago, drug task force officers dressed in black and carrying rifles swarmed Columbus’s drab brown buildings and bare dirt yards, terrorizing children and the elderly in the process. Dozens of residents were arrested on drug charges. Racism and police abuse have long bedeviled the federally subsidized housing project. Remarkably, though, the raid has become a central piece of a multi-pronged campaign to dismantle drug task forces nationwide and bring lasting change to this small city of 4,700, just 90 miles east of Austin. Change was on Charles Workman’s mind, as the affable community activist drove into Columbus Village on a Sunday afternoon this past February. He waved to residents, and the young men standing around greeted him warmly, a few even teasingly punching the 56-year-old’s arm. Workman, a coordinator for the Texas Justice Network, a non-profit group advocating criminal justice reform, was attempting to gin up attendance for a March bus ride at $25 a head from Hearne to the state Capitol. The trip was part of a Texas-wide effort, “Family Lobby Day,” to get legislators to reduce prison sentences and establish drug treatment programs. While some in Hearne have drug problems, many blacks say they have felt targeted by law enforcement because of their race. Of the town’s residents, 44 percent are black, 28 percent are Hispanic, and 27 percent are Anglo, according to the 2000 Census. Yet African Americans accounted for 79 percent of all arrests by the South Central Texas Narcotics Task Force in surrounding Robertson and Limestone Counties in 2000, according to data obtained from the agency’s own logs for an ACLU report. The study notes that by comparison, African Americans made up 39 percent of all task force arrests in other jurisdictions in Texas. Workman, a Baptist minister, grew up in Hearne. “We got a lot of work to do. I’ve never seen this many young men say ‘I want to help to do something,’” he said. “We got to teach our young men, teach them to stop doing things.” Workman reminded a couple of men who said they didn’t have the money for the bus trip about an upcoming local hip-hop function focused on education. Later, driving through Hearne, he offered a sobering assessment. “Most people here just don’t have any hope.” The despair partly stems from the repeated, multi-county drug task force stings in which residents have had their doors kicked in and apartments ransacked. But it also comes from a community so economically depressed that the Wal-Mart left town. A civil suit slated to be heard in federal district court in Waco on May 9 may address some of the worst excesses of the task force but bringing economic development and a new outlook to Columbus Village residents will take considerably more time and effort. Almost exactly two years after the November 2000 drug bust in Hearne resulted in 28 arrests for using and dealing crack cocaine, the national ACLU filed suit on behalf of those rounded up. The lawsuit alleges the arrests were racially motivated, given that all but one of those arrested were African American. Some had verifiable alibis. Almost all the transactions supposedly took place at Columbus Village. The suit alleges that Derrick Megress, the confidential informant used by the South Central Texas Regional Narcotics Task Force, was unreliable, poorly supervised, and fabricated evidence. 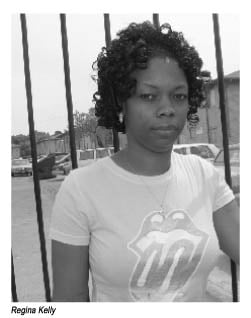 Nine Hearne plaintiffs allege their Fourth Amendment (unreasonable search and seizure) and Fourteenth Amendment (guarantee of equal protection under the law) rights were violated. The plaintiffs want to put a stop to arrests without probable cause and seek a permanent injunction against law enforcement from conducting drug sweeps targeting blacks. Additionally, they seek monetary damages. The defendants in the civil suit include the task force, its officers at the time, and participating jurisdictions Robertson County and neighboring Limestone County. Also named is Robertson County District Attorney John Paschall, who was the project director of the task force, and is generally viewed as the mastermind behind the drug sweeps. He has denied the allegations of wrongdoing. The head of the ACLU’s Santa Cruz, California-based Drug Law Reform Project, Graham Boyd, is the lead attorney pushing the Hearne case. He hopes to alter how local and state governments spend drug task force money from the federal Byrne Memorial Justice Assistance Grant Program. Byrne is under the administration of the U.S. Department of Justice. A victory in the case, he said, could transform how drug task forces operate, shift their emphasis from law enforcement to treatment, or eliminate them altogether. “Part of a broader agenda is to try to impose some real standards of accountability for drug laws,” Boyd said, “so [the task forces] are not engaged in corrupt police practices.”