Yusef “Joe” Ali Ghamdi loves his job in the U.S. Army. After his first tour in Iraq, during which he pulled Saddam Hussein from his final redoubt, Ghamdi volunteered for a second tour. Now an Army staff sergeant, Ghamdi has an unwavering sense of duty, but as he prepares for his third tour, he wonders if the country he has sworn to protect is hostile to the best interests of his family.

Ghamdi’s wife, Coral, is facing deportation for entering the country illegally, a charge the Ghamdis vehemently dispute. The couple has a 3-year-old daughter. “It’s ridiculous,” Ghamdi says. “What happens to my family if something happens to me?”

The Ghamdis are not alone. The government doesn’t track how many military families are affected by immigration troubles. But according to Margaret Stock, an immigration attorney and associate professor in the Department of Social Science at the United States Military Academy at West Point, not a week goes by that she doesn’t hear of another heart-wrenching example. “I have a pile of these cases right now that still haven’t been resolved,” Stock says. “It’s a readiness problem and a morale problem and it’s across all branches of military service.” 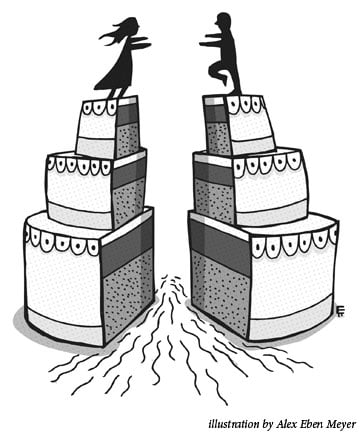 The Ghamdis’ story began several years ago on the Texas-Mexico border. He was a self-described “dumb” Army private who traveled on a whim to Brownsville from Fort Hood in 2003 before shipping out for Iraq. As the 23-year-old Ghamdi and a few of his Army pals cruised through the city’s crowded downtown retail district with the top down on his red, 2003 Sunfire GT convertible, Coral Olguin, 18, was walking down the avenue. Olguin had made the short move with her family from the neighboring Mexican city of Matamoros to Brownsville at age 9. What began as playful flirtation with a confident soldier became an invitation to her mother’s house for a longer visit.

Ghamdi and his buddies arrived with beer and cigarettes, but Olguin’s mother had not yet returned from her job at Gatti’s Pizza, and until she did, the conversation would be confined to the front yard. Furthermore, the teenager made it clear there would be no drinking or smoking if Ghamdi had any interest in pursuing her. “We’re trained to kill and here was this 18-year-old girl standing her ground,” Ghamdi recalls. “I was mind-boggled.” He’d headed to the border in search of a good time; instead he had stumbled upon a “real keeper.”

During his tour in Iraq, Ghamdi gained considerable recognition for his participation in the four-man raid that captured Saddam. He returned a decorated hero. But his thoughts were on Olguin. A few months after coming home in 2004, Ghamdi proposed and she accepted. They’d never discussed Olguin’s legal status. But it has been at the root of many conversations since.

Olguin’s visa had expired long before, making a legal U.S. marriage impossible. The couple had their ceremony on one of the three international bridges connecting Brownsville to Matamoros, where they honeymooned. On their return trip, the Border Patrol agent at the international bridge showed enthusiastic interest in Ghamdi’s military service, and waved the newlyweds across without inspection.

That slip in protocol is at the center of a legal dispute between the Ghamdis and the U.S. Citizenship and Immigration Services that has dragged on for more than two years. An immigration agent who interviewed the Ghamdis suggested that approving their request to adjust her status to permanent resident would open the floodgates for all soldiers to get their wives citizenship. “I said, ‘Exactly, that’s the idea,'” Ghamdi remembers.

The government claimed that absent any legal document, such as a border crossing card or passport, Coral must have lied to enter the country or intended to do so. “Essentially the government is saying you haven’t convinced us that you’re not telling a lie so you must have lied,” says the Ghamdis’ immigration attorney, Jaime Diez of Brownsville.

In a couple of months Ghamdi will return to Iraq, likely before the issue is resolved. In his absence, Coral faces deportation. Their daughter Luna, who is a U.S. citizen, will go with her mother.

Although they are reluctant to talk about such things, the Ghamdis are fully aware of the dangers that lie ahead. On his previous tour, Ghamdi says, he survived the detonation of at least eight improvised explosive devices. On 17 occasions, he says, he’s been targeted by rocket-propelled grenades. He can’t remember how many times he’s been under gunfire.