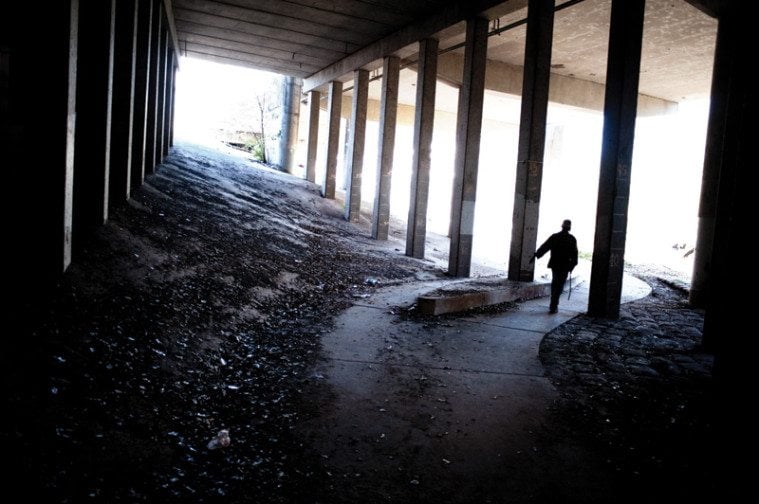 Percy Ishmael sleeps rough every night. His shelter is a murky, muddy alcove on Buffalo Bayou near downtown Houston. His friends call him Fisherman because of his ability to catch catfish in the sluggish bayou. After serving in the Navy during the Gulf War, Fisherman says, he was handed a bill for unpaid child support. He went bankrupt and never recovered. He shuns the VA system’s housing initiatives and food programs.

About 300,000 veterans are homeless in the United States.

In November 2012, as a newcomer to Houston, I would walk around downtown hoping to trip over a story or fall into some sort of interaction. I met Fisherman feeding his cats under a bridge and spent the next year visiting him every few days, drinking in parks, sharing stories, trying to understand. Before long he became a companion as much as a subject of my work.