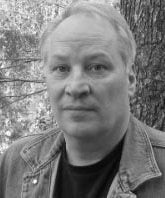 Sugar Bush Squirrel on the hunt photo by Kelly Foxton

It’s early yet, but mighty East Texas hunters should get out their guns and oil them up, buy shells, proper clothing and a game bag, and pack a lunch. Squirrel season is upon us—in a few months. So, if you do pack that lunch, I suggest something not immediately perishable. But it’s always good to have things ready so when the time comes, you can grab your gear on the way out the door. ¶ Fall squirrel season in East Texas is when normally sensible human beings dream of tall oaks and falling rodents. Many nimrods, as soon as they are off work, grab their guns and head to the thicket. On weekends, they are as thick in the woods as mosquitoes, though more deadly, as a mess of them are drunk. The fuel of choice for hunters everywhere seems to be fermented and brewed hops that, if taken in large enough quantities, can make bird-watchers or campers resemble their prey. It is best during this time of year to abandon outdoor activities and wear a red cap in the house. That’s what the squirrels would do if they had a choice.

Squirrels, part of the rodent family, known scientifically by the name Big Ole Tree Rat, are thick in the East Texas woods. They’re wily critters spotted flittering through tree branches and can be identified by their outfit: brownish coat, sporty tail, no shoes, no hat.

Occasionally among them is the rebel wearing black- or red-tinted fur, and even a smaller variety that carries a glider and is known as the flying squirrel. The latter may carry packs of smokes under rolled-up sleeves and have thuggish attitudes. Squirrels travel  light, so they’re not impaired by luggage, and are constantly on the move. They are known to yell insults at hunters below in a kind of chattering, barking manner of speech that usually translates as, “Don’t shoot.”

I believe the limit on these animals is 10. Once shot, their suits must be removed, as well as what’s in their pockets. The underwear, a light coating of skin, stays. When prepared, they taste like squirrel.

Hunting these animals is called a sport. The problem with this term is simple. The objects of the sport don’t have a team jersey and aren’t playing. They don’t even get to carry the ball. They are just trying to get by with an acorn sandwich and a quickie so they can produce more squirrels, and they aren’t really all that fierce.

I have hunted and killed and eaten a lot of them. So though I haven’t had the taste of squirrel in my mouth for 30 years or so, I’m not a hypocrite and can’t be told I just don’t understand the culture and tradition of hunting. I didn’t grow up in New York City under a hotel awning with a bank account and a trust fund. I grew up in the East Texas culture of strutting manhood, firearms and constant quoting of the Second Amendment (and absolutely no knowledge of any of the others). I’m East Texas born and raised, and poor and backwoods raised at that.

Let’s admit what’s going on here and not dignify this sort of thing as a sport. My dad, a sometime squirrel hunter, told me once that if the squirrel can’t shoot back, it’s not a sport. His point, I think, was that people, males in particular, like to kill things. The meat is part of it, but the need to hunt to eat in this day and time is less necessary than when I was growing up. While you’re at Walmart buying chicken, you can get a can of creamed corn.

If you think I’m telling you not to hunt, I am not. I’d rather you be hunting critters than me, but let’s just don’t call it a sport. There’s a thrill that comes from shooting at something and seeing it fall. That’s the driving, primal factor. Ask a bird dog. They’ll tell you. Even Hemingway, known for his love for hunting and fishing, once spoke honestly of it when he said to A.E. Hotchner that he spent a hell of a lot of time killing animals and fish so he wouldn’t kill himself. I’m not suggesting that all hunters hunt to keep from killing themselves. As for me, I was mostly preoccupied with how I was going to remove seed ticks from certain parts of my anatomy when I got home.

One day I saw the light go out of a dying animal’s eyes, and I knew what my father meant about it not being sport. The squirrel didn’t give me a high five and offer me the game ball. It just passed off this mortal coil. To tag that as sport, to justify it as a pastime akin to football or tossing horseshoes, is incorrect.

In East Texas, hunting, like football, is a religion. A few years back, the local paper ran a photo of a kid with a dead deer. The point of the article was that he had prayed to God to bring that sucker down, and God had answered his prayers.

What the hell was God thinking? With all the wars and horrors of the world that God seems unable to control, or is unwilling to control, he’s got his radar out for some kid who wants to shoot one of the meekest animals on Earth so he can mount its head on a wall and brag about it to his friends while he hangs his cap on the deer’s antlers like a haberdasher?

“Oh, hell,” says God—it’s one of his saltier days—“if this kid doesn’t kill that deer, he’s going to go home unhappy. ’Course, a lot of poor people in the Congo are dying right now, and women are being raped, and people are being murdered, tortured, and there’s that whole mess with Palestine and Israel, but really, do I want this one kid in a camouflage suit, with a matching cap, to go home unhappy?

“I think not. So, Bambi, show yourself. Take a bullet. Raise your head from the corn trough provided and filled for you by your would-be assassins to position you here like a goat on a stake, so you can take a bullet to the heart. It’s the sporting thing to do.”

Really? Certainly, someone is praying to end wars and famine. Yet they do not end. And this kid gets a deer? If God is answering these kinds of prayers, then it’s clear why things are so goobered up. God sees every sparrow that falls, but doesn’t really give a crap. He answers prayers like this and those of football players who want him to turn the tide to their side, but finds the big stuff less interesting.

A fellow I know took his kid on a deer hunt, and when the boy finally shot a deer out from over the aforementioned corn trough—akin to popping the family pet at its water bowl—the father was so emotionally moved, he rubbed deer blood on the kid’s face to show the manliness of the deed, and that his traverse into manhood had been achieved. Nothing says maturity like shooting a deer, an animal as deadly and dangerous as a yard gnome, and then having blood smeared on your face like war paint. For many, this is still a revered East Texas custom. It brings to mind Molly Ivins’ comment about what should be on the Texas state seal: “Thank God For Mississippi.”

Take the deer down barehanded. Rip its throat out with your teeth. Strip naked, climb a tree and leap on a squirrel. Drop to earth with it clutched in your butt cheeks. That’s all more impressive, but it’s still not sport. I don’t care if it’s a bear or a moose or a bigfoot. Sport it isn’t.

Sports end with one team happy in the locker room, the other disappointed but out to play another day. In hunting, the ones that get away are just lucky. The ones that don’t often end up as hat racks or stewed in dumplings with a side of cornbread, or with their limp heads held up by some redneck for photos of their fresh kills. Offer that alternative to the losing football team next time, and see how sporting they feel it is.