Mark Zartler measures how well his 17-year-old daughter, Kara, is doing by what he calls a “hit test” — counting the number of times she hits herself on a given day.

Kara, who has severe autism and cerebral palsy, has engaged in self-abusive behavior since she was 6 years old. She smacks the heel of her palm against her ear and punches herself in the face repeatedly. Mark and his wife, Christy, have to restrain her as many as 12 times a day.

The Zartlers have gone through a veritable pharmacy of prescription drugs, but they say medical marijuana is the only thing that stops Kara from hitting herself. Cannabis is her “rescue medicine” — it calms her within minutes.

With cannabis, Kara’s hits have gone from more than 1,000 daily to as few as zero. “Instead of counting good hours, we’ve started counting good days,” Mark said.

But medical marijuana is illegal in Texas, and Mark knows the treatments could land him in jail, or risk his daughter being removed from their Richardson home. In March, Child Protective Services (CPS) opened an investigation after Mark posted a video on Facebook that shows him giving Kara vaporized cannabis. The video has been viewed more than 1 million times. On May 19, Mark’s birthday, he received a letter from CPS stating that the agency had found “reason to believe” that Kara had been physically abused.

CPS didn’t remove Kara from their home, but Mark will be added to an abuse and neglect registry, which shows up in background checks. He’d have a hard time getting a job at a day care or at CPS, said agency spokesperson Patrick Crimmins. Mark’s case is closed, but the finding could be considered if CPS were to ever open another investigation.

Under Texas law, child abuse includes “causing, expressly permitting, or encouraging a child to use a controlled substance,” including medical marijuana. But substance use is not itself grounds for automatic removal, Crimmins told the Observer. CPS doesn’t see many cases involving medical marijuana, and the agency’s database doesn’t specifically track such cases, he said.

Mark admits the CPS finding is legally correct. So he’s trying to change the law.

The Zartlers traveled to the Capitol regularly during the 2017 session to advocate for a bill that would legalize medical marijuana for those with debilitating illnesses. A majority of House members signed on as co-authors, though it never got a vote in the full House.

Mark says he won’t stop treating Kara with medical marijuana, because there’s no other option. Using medical marijuana in emergency situations allows her family to significantly lower Kara’s doses of powerful antipsychotics that have serious side effects.

“Her personality has popped out,” he added. “She can make developmental gains because she’s not just zonked out of the planet.”

The main hurdle for the Zartlers and other families is the stigma surrounding the word “marijuana,” which many conservative lawmakers worry will turn off GOP primary voters. Mark, a Republican, said it took his family several years of treating Kara with cannabis before they realized “we’re not doing something bad.” 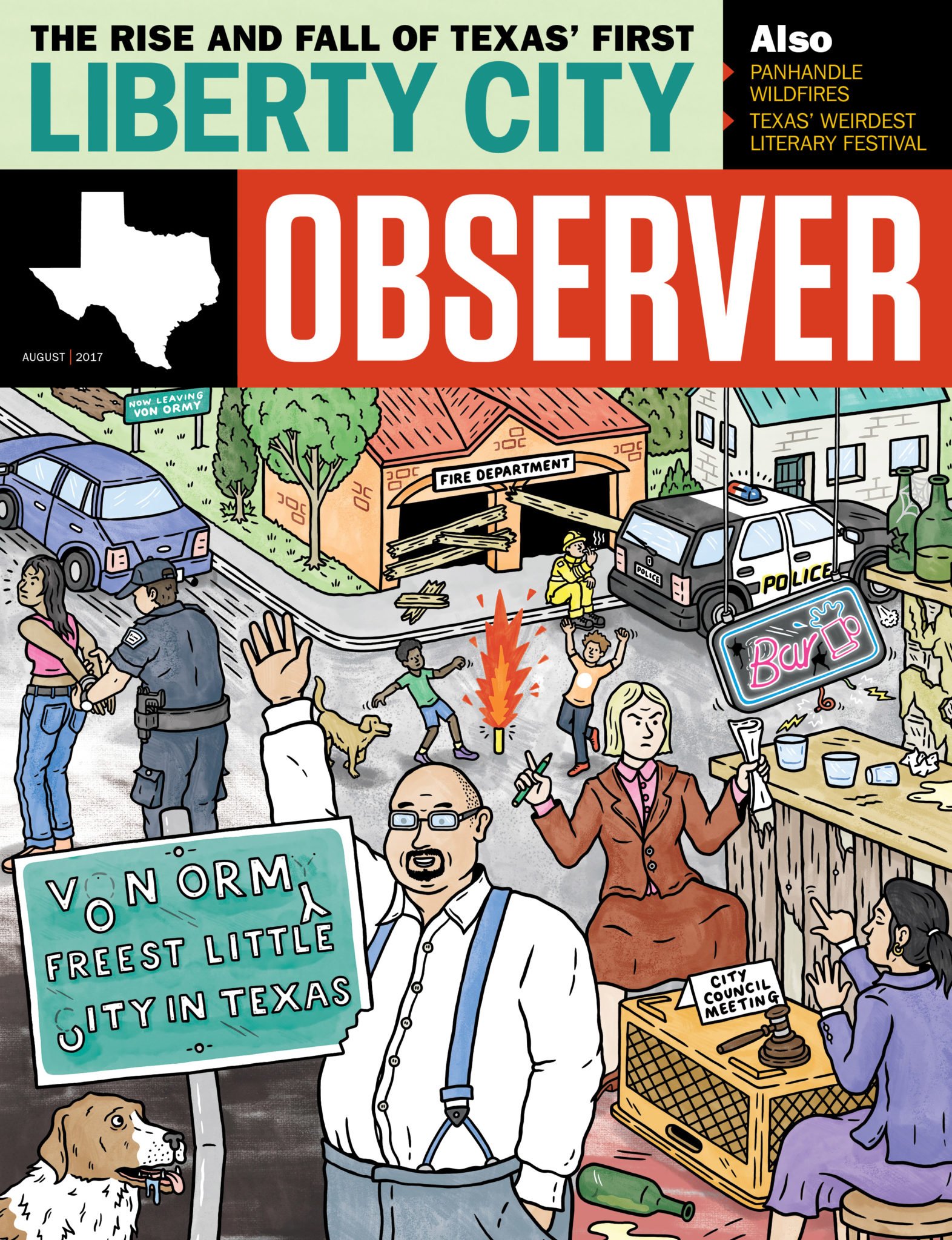 This article appears in the August 2017 issue of the Texas Observer. Read more from the issue or become a member now to see our reporting before it’s published online.

The Legislature recently passed medical cannabis reform, but the debate was marred by misinformation and left out people who say the drug eases their symptoms of post-traumatic stress disorder.