Two out of three Texas ninth-graders will never enroll in college. Many can’t afford it. The trend is worsening: The number of kids priced out of college stands to increase in coming years. For that, we can thank the Texas Legislature.

The price for public universities in Texas is becoming prohibitive for two reasons. First, the cost of tuition-no longer regulated by the state-is soaring. At the same time, underfunded college grant programs have been overwhelmed with students who qualify for aid.

The jump in tuition began in 2003, when Texas faced a $10 billion deficit. Then-Senate Finance Chairman Teel Bivins, a Republican from Amarillo no longer in the Legislature, quietly took advantage of the budget gap to cut the inheritance tax, which affects only the wealthiest Texans, and to deregulate tuition at Texas’ institutions of higher education. Rates have gone up at every state university. By fall 2009, tuition at the University of Texas at El Paso will have increased 73 percent since 2003. The University of Houston’s bill will have risen 139 percent. Lawmakers are considering several bills that would freeze or slow the hikes.

Meanwhile, getting a college grant from the state has become increasingly difficult. In 2003, 94.5 percent of Texas students eligible for a tuition grant received one. Six years later, Texas can’t provide funding for even 40 percent.

The largest source of financial aid for students enrolling in public colleges is the Toward Excellence, Access & Success grant program, passed in 1999. Most recipients are minority high school graduates whose families make less than $40,000 a year.

There’s little doubt that TEXAS grants keep kids in college. An analysis by the Legislative Budget Board found that receiving a TEXAS grant increased the odds that a student would stay in school by 46 percent.

When TEXAS grants were introduced, the program required recipients to have completed an advanced or recommended degree program in high school, which limited eligibility. In fiscal 2003, every eligible student received a grant. Beginning in 2004, TEXAS grants required just standard coursework. The resulting explosion of eligibility has swamped the program, even with modest funding increases from the Legislature in recent sessions. Now TEXAS grants give money to only about half the students who qualify.

“Unfortunately, rather than protect and promote the program, the Legislature has let the program wither on the vine through frozen spending, skyrocketing tuition costs, and rising eligibility,” Sen. Rodney Ellis, the Houston Democrat who carried the TEXAS grants bill in 1999, said in January.

Today the maximum award for a TEXAS grant is $2,640 per semester. In-state tuition-not to mention the cost of books, supplies, room and board-for the University of Texas at Austin is more than $4,000 a semester.

The Senate’s version of the budget increases funding for TEXAS grants by $86 million, which leaves approximately 83,000 eligible students unfunded. Even Gov. Rick Perry, in his State of the State address, called for a more generous $110 million increase. Rep. Mike Villareal, a San Antonio Democrat, put a $224 million increase into the House budget, which would fund two-thirds of eligible students.

The Legislature’s priorities will ultimately be made clear when the stark difference between the two budgets is hammered out in conference committee. The result will help determine how many of Texas’ future workers will have college degrees. 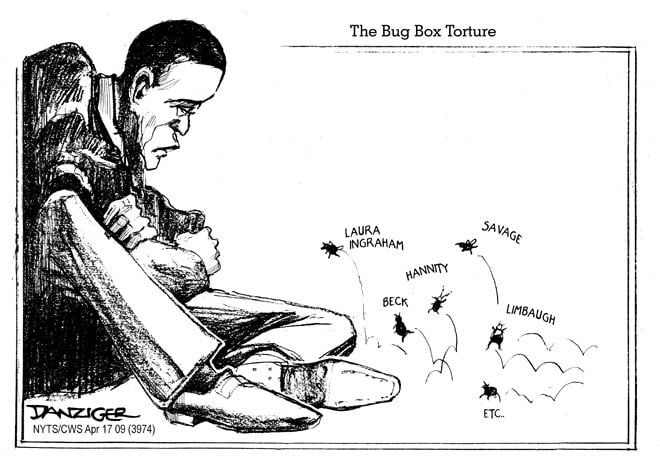 Lege Steers Stimulus AWAY From Schools

Texas lawmakers have never treated schools in the poorer areas of the state particularly well. Despite occasional upticks in funding-usually ordered by a federal court-poor schools have been shortchanged for years. Their facilities aren’t as good, they have trouble paying for English as a Second Language courses, and their dropout rates are significantly higher.

So when the federal government recently gave Texas $3.2 billion in economic stimulus money that was supposed to go to public schools, poorer districts in particular, some advocates hoped the money would undo some of the inequality.

So far that hasn’t happened.

In early drafts of the state budget, legislators have decided not to give the money to public schools. Instead, in a questionable use of the stimulus money, budget writers plan to use the $3.2 billion for a portion of the state’s share of public school funding. That will free up general revenue funds, allowing lawmakers to keep several billion in the state’s Rainy Day Fund. The upshot: nothing extra for the schools.

Conservative legislators argue that the state needs to be prepared for rainy days because sales tax revenue is falling and the recession is predicted to be long.

“Things can get worse before they get better,” says Senate Finance chair Steve Ogden, a Bryan Republican, during the Senate appropriations debate. “We will really be in the tank if we basically spend our rainy day money now.”

The question is whether using the money to preserve the fund does right by the federal stimulus act, which allocates about $3.2 billion to Texas in “stabilization funding” for public education. The funds must be used first to fill budget gaps for elementary, secondary, and higher education. Once a state has restored the level of funding it provided to schools in 2007 or 2008, the act directs the state to send the money to schools based on the number of low-income students they have.

Texas, unlike other states, doesn’t have a budget gap in public education. The budget even allocates an extra $1.9 billion for schools. But Texas did not designate the money for schools with low-income students, as the feds directed.

“The bottom line is that schools across the state have $3 billion less over the next three years than they would have otherwise,” says Dick Lavine, senior fiscal analyst for the Center for Public Policy Priorities. “From a policy point of view, it’s making the school districts dip into their savings.”

Superintendents led by Abelardo Saavedra of the Houston Independent School District are trying to get the issue cleared up in hurry-before the budget is signed into law. The superintendents wrote a letter to U.S. Secretary of Education Arne Duncan asking for “guidance, in the strongest language possible, that [stabilization] dollars cannot supplant state funding for education in Texas but rather must go to increasing support for our local schools and their students.”

Senate Democrats, House Democrats, and congressional Democrats have written similar letters. At press time, Duncan had not responded, and the Department of Education didn’t return calls. Will Asarco finally clean up?

For almost a century, Asarco LLC, one of the nation’s largest copper mining and smelting companies, belched lead, arsenic and other toxins over El Paso. The company has been in bankruptcy proceedings since 2005, and environmentalists feared that Asarco might take another century to clean up its toxic mess (see “Dirty Money,” October 31, 2008).

Recently they received welcome news: Federal and state governments have reached a $1.11 billion settlement with the company to clean up contaminated sites across the country, including the shuttered smelter in El Paso. And Ascarco finally might have found a buyer. On May 18, federal bankruptcy judge Richard Schmidt will hear the company’s proposal to be bought out by a foreign investor and to pay off its environmental liabilities.

The Sierra Club is concerned that Texas’ slice of the cleanup money is not enough. The Texas Commission on Environmental Quality has asked for $52 million, but the environment group says a more realistic amount would be $250 million.

“We are talking about maybe one of the largest environmental cleanups in Texas history,” says Oliver Bernstein, a spokesperson for the Sierra Club. “The polluter should pay for the cleanup, not the taxpayers.”

Terry Clawson, a TCEQ spokesperson, defended the state’s proposal in an e-mail to the Observer, writing that staff had carefully evaluated data from both Asarco and independent sources to arrive at the $52 million estimate.

Bernstein says the state’s proposal doesn’t include the larger contaminated area outside El Paso, which encompassed southern New Mexico and Juarez, Mexico. Nor does it factor in a 250-acre site adjacent to the smelter that served as a dump.

The Department of Justice reached its settlement with Asarco in March and is seeking comments on the agreement. On April 21, the Texas Sierra Club chapter wrote to the U.S. Attorney General to dispute the state’s cleanup request.

The Sierra Club is asking for a public hearing in El Paso. It also wants the Obama administration to fund health studies on former smelters workers. “We hope they’ll view the El Paso facility as a major environmental problem that needs to be dealt with,” Bernstein says.